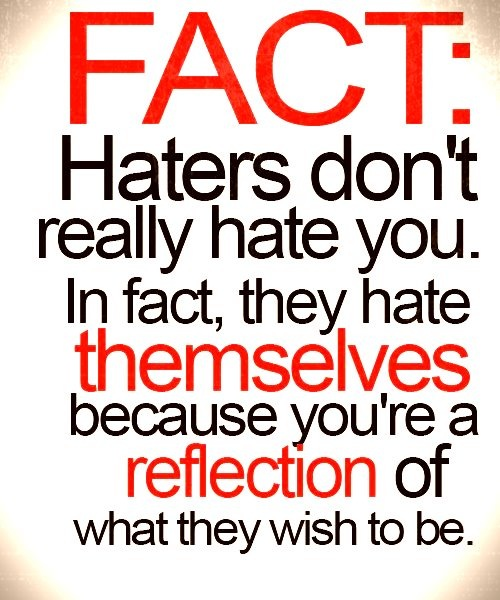 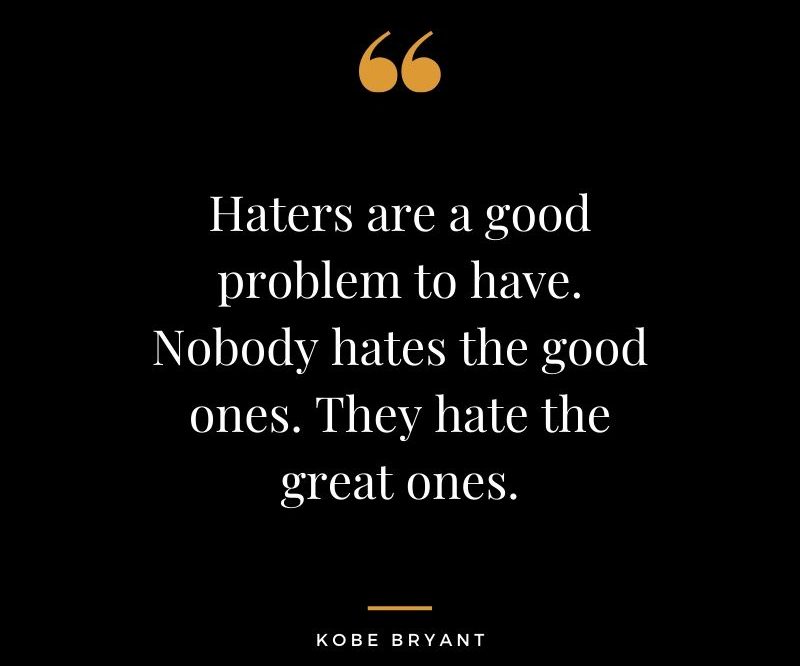 Thanks for checking me out! Twitter really brings out some of the best and brightest that humanity has to offer. Haters come with the territory of success. I have found the vast majority of my haters are failed touts who could never do what I do… win, long-term! The easiest way to knock me down is to perform better than me, have better information/content than I do, and to do it for longer than a few weeks or a couple months. The trolls clearly don’t have that or they would be too successful and enjoying their success too much to spend time on me! Since the haters cannot outperform and outlast what I do, they resort to attacking me or making ridiculous claims to try to discredit what I do. I don’t mind the trolls because having them tells me I have gotten to the point in following and success that it’s causing other people to get very emotional.

I mean if I wasn’t any good, why bother with me? Why the hate?? The hate is really veiled jealousy at what I have achieved… and what they have not.

I first noticed a few haters when I posted all the Mr. Poison action starting back in February, 2019. I had a following prior to that time, but Mr. Poison and his action is really what put me on the map. For months, Mr. Poison was one of the greatest fades I have ever seen. You can check the Mr. Poison page here at the website for some background. Mr. Poison got so big that there’s even a t-shirt put out by VSiN about him! Anyone following back then, especially for March Madness 2019 (he had a 4-28 ATS record at one point), remembers what a money machine the Mr. Poison fade turned out to be. However, I would get comments of “this is fake news” or “Mr. Poison is made up!” all the time. The problem for the haters is, as I said, Mr. Poison was and is the greatest fade of all time. You can’t exactly fake a 4-28 record (87.5% fade) and every bet he placed was posted on my Twitter feed and every single one before game time. Mr. P’s record, going into the hundreds of selections, could not be doubted nor questioned and his record was AWFUL! There’s a saying… men lie, women lie, numbers don’t lie. It’s probably why I’ve always been fond of math. Well, the numbers on Mr. Poison did not lie and everything was public for the world to follow… or rather fade… and they did! At one point, Mr. Poison had over 280 tickets tracked by me on Twitter (across all sports) and he was hitting less than 30%!!! Many of those losers being BIG moneyline chalks resulting in some juicy fade payouts! It was awesome! Eventually, the fade continued so strongly and for so long that there was just no way anyone could deny what we all got to (and continue to) witness.

I have found the haters mostly fall into three groups… (1) failed touts or touts who are pissed off that people can get better information from me, for free, than in paying them. Or they are failed touts who could never make a go as a sports handicapper, so now they become the self-appointed “watchdogs” of Gambling Twitter. How nice of them! Out to save everyone from people like themselves. LOL! Some in this first group will also tout that they have these amazing records or they are the best gamblers. Unfortunately, they never give you their plays before the game or they only provide a handful. Many will even delete tweets that contain losing plays to bolster their records. (2) The second group is what I call the “Single White Female” (yes, just like the movie by the same name). These are the people who, for some reason, are so infatuated with what I do that all they talk about is me! These SWF’s are my favorite because they don’t realize it, but I am in their head at all times. LOL! They just can’t let me go! Don’t you have something better to do than be consumed with me each day? I’m definitely not consumed with you! (3) The third group comprises the burner accounts of the first two. Accounts the trolls setup just to troll.

If you are checking me out because you read about me from one of the haters out there, you shouldn’t believe what they say. Let’s be honest, you shouldn’t blindly believe what I say either. However, the benefit of what I do compared to the haters is that everything I do is transparent. Well over 95% of my content is posted publicly either on my website or Twitter, and always before the games go off. It makes tracking and monitoring for yourself quite easy. You can also check the records posted here at this website. The other 5% or less of the content I put out is paid content, like TSP Live. However, even with the 5% that remains private to those that participate, I publish the results on Twitter and on the home page of this website for anyone to refute. I love math so I let numbers stand for themselves… good or bad. I don’t win all the time but you will see I win more than I lose and the content is better than most. It’s also 100% transparent! Given the number of eyes watching my records, fudging them would be impossible!

So, I invite you to take “The Sharp Plays 30 Day Challenge”. Don’t believe the failed touts or the “Single White Females” of the world. Find out for yourself. There’s no charge!! Visiting my website here and my Twitter account (@TheSharpPlays) is free! Follow me for 30 days and that should be MORE THAN ENOUGH time for you to realize what’s fact and what’s fiction. Then if you like what I do, hang out for a while. If after 30 days you don’t like what I do, there’s a simple fix, don’t follow! Just the press of a button on Twitter and you never have to see me again. If only life were that easy! Chances are though you’ll stay like thousands of others. Even if you “un-follow”, like most of the haters you will still “follow” everything I do! 😉😁

Good luck in your action!
~ The Sharp Plays